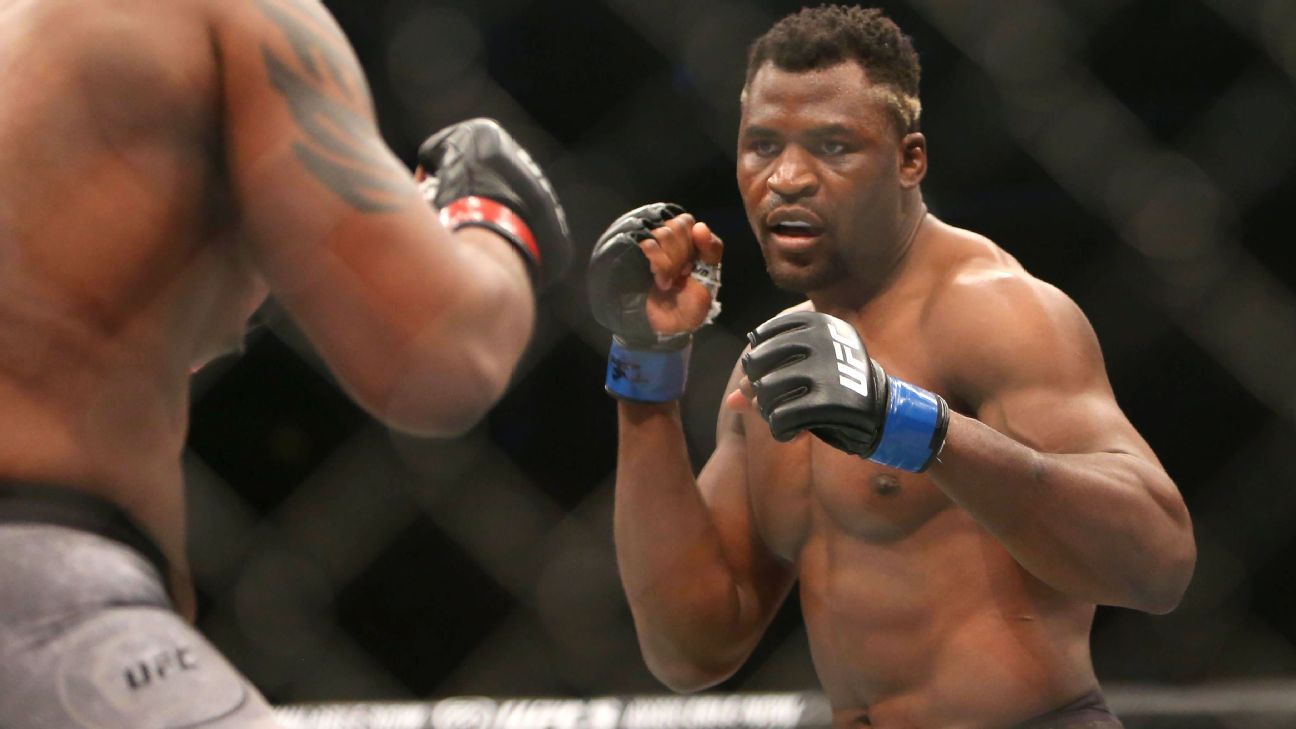 Francis Ngannou, the heavyweight knockout artist, has been added to the cast of the upcoming “Fast & Furious 9,” ESPN confirmed with his representatives at CAA on Wednesday.

Deadline.com was the first to report the news. The role has not yet been announced.

Ngannou, 32, cuts an ominous figure at 6-foot-4 and 256 pounds. The Cameroon native, who fights out of France and Las Vegas, has won three straight UFC fights, all by knockout or TKO. Ngannou (14-3) is likely in line for the next UFC heavyweight title shot, following Daniel Cormier‘s defense against Stipe Miocic at UFC 241 on Saturday in Anaheim, California.

“Fast & Furious” is no stranger to MMA fighters. Former UFC champion Ronda Rousey and MMA-star-turned-actress Gina Carano have both had roles in the franchise.

Sexton named Ireland captain as Farrell names Six Nations squad
Fantasy hockey: Goalies who could be the next Jordan Binnington
Jofra Archer abuser banned from New Zealand venues for two years
Bruins’ Rask lands on IR due to concussion
Who could step in as Josh Taylor’s new head trainer?