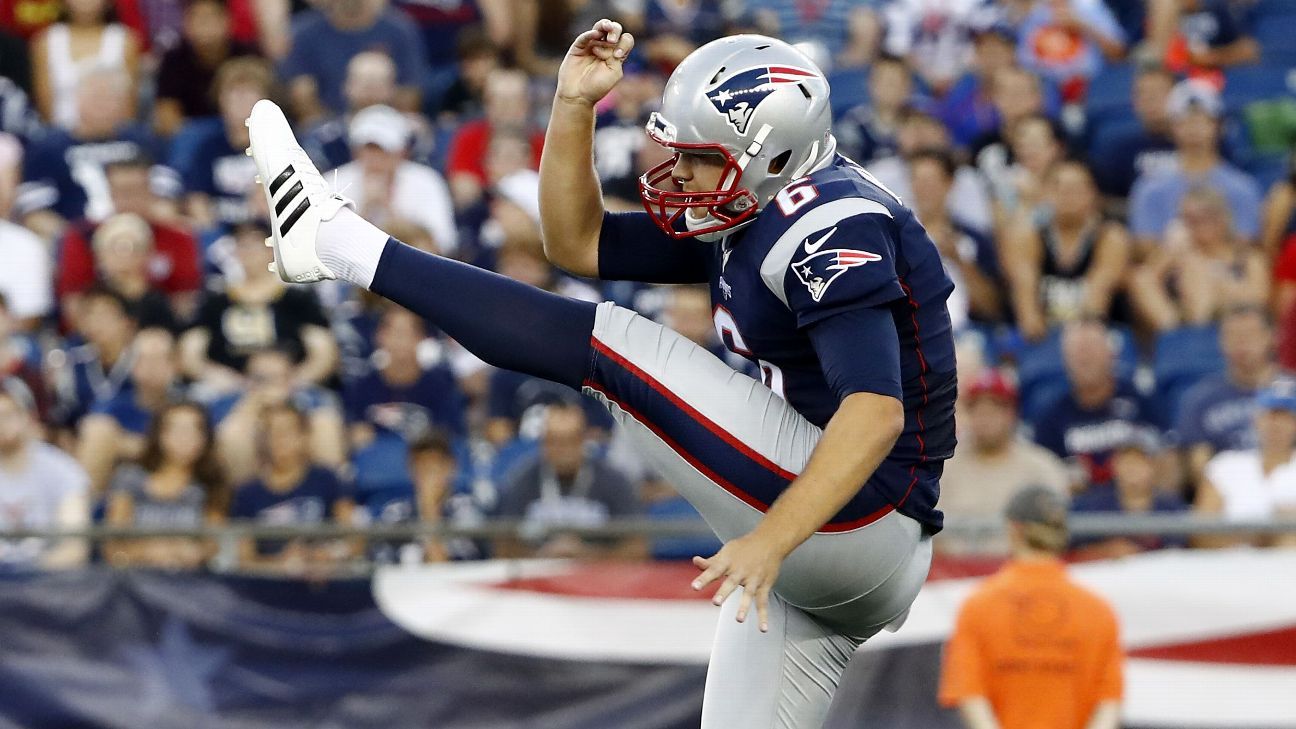 FOXBOROUGH, Mass. – Veteran punter Ryan Allen, who was one of the unsung performers in the New England Patriots‘ victory over the Los Angeles Rams in Super Bowl LIII, has been informed that the club is releasing him, a source confirms.

Rookie Jake Bailey of Stanford, whom the Patriots traded up to select in the fifth round (163rd overall), now takes over the job Allen had held since 2013.

The selection of Bailey created longer odds for Allen to stick, even though he had one of the best performances of his career in the Super Bowl.

An adept directional punter whose control helped offset a lack of power, Allen had five punts for 215 yards in the Super Bowl, with three punts downed inside the 10. In a 13-3 victory in which field position was critical, Allen was a legitimate consideration for MVP honors.

The Super Bowl was played indoors, which also played to Allen’s strengths. The Patriots have a notable history of left-footed punters under coach Bill Belichick – Ken Walter, Josh Miller, Chris Hanson, Zoltan Mesko and Allen – all of whom have excelled at situational and directional punting.

Now, the right-footed Bailey breaks the mold. He was considered to be one of the most powerful punters in this year’s draft. He also projects to serve as the holder on field goals, a role Allen also filled.