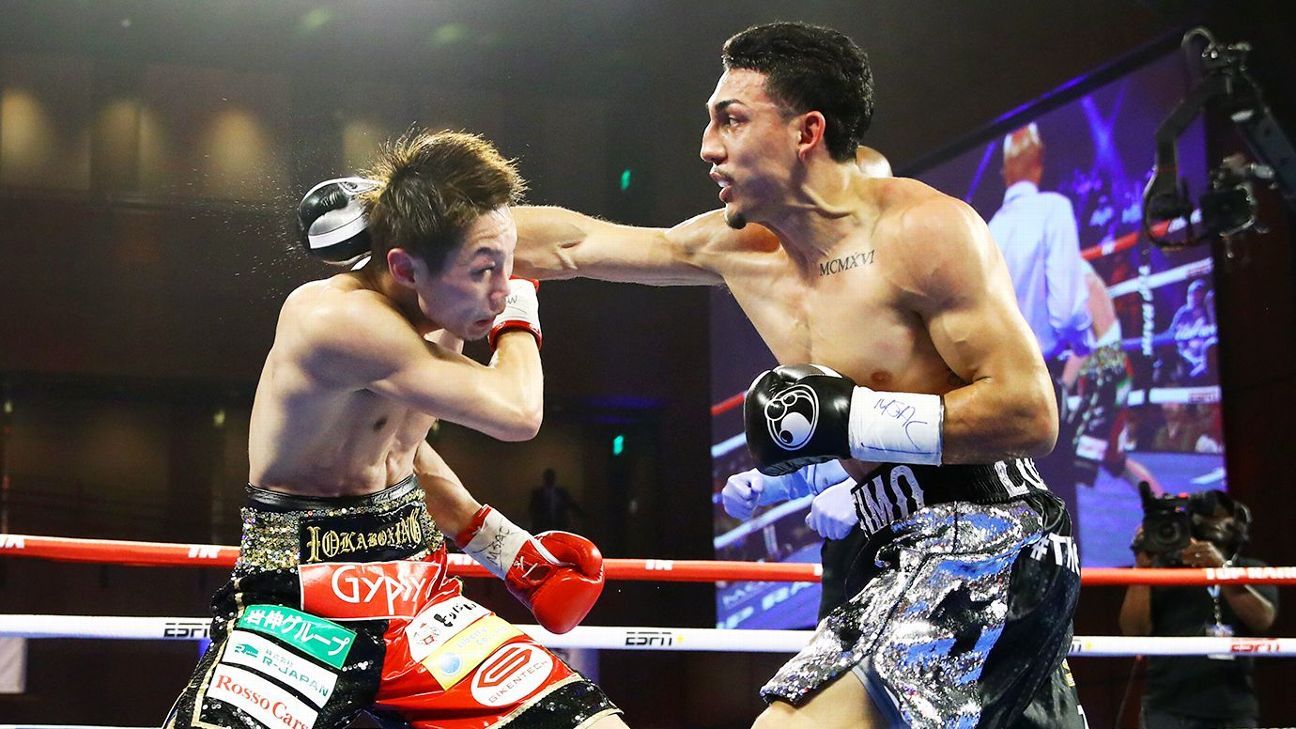 OXON HILL, Maryland — There weren’t the usual fireworks from Teofimo Lopez, but he did enough Friday night to beat the tall and lanky Masayoshi Nakatani in his first bout to go the 12-round distance.

It wasn’t a spectacular performance from a young prizefighter who has a highlight reel full of eye-opening knockouts. But in Nakatani (18-1, 12 KOs), Lopez faced an unusually tall, 6-foot foe who also was durable and tough.

Early on, Lopez had issues navigating the ring against Japan’s Nakatani, who wasn’t intimidated in the least by his vaunted punching power. The long-limbed Nakatani was able to keep Lopez at bay with his fast punches. While they didn’t land all that often, they gave Lopez something to think about.

But eventually, Lopez was able to settle in and became more comfortable as he boxed patiently and slowly closed the gap. In the fourth, he landed some of his best punches and a right hand that sent Nakatani to the floor, but it was incorrectly ruled a slip by referee, Harvey Dock.

While Lopez was in control, winning round by round, there was never the sense that he was going to finish Nakatani. He won, but it left some doubts as to just how ready he is for the elite at 135. With the victory, he is now in line to face Richard Commey, the IBF belt-holder.

“I just need little tune-ups. It’s part of the process. I’m thankful right now. It was my first main event. It was 12 rounds. Am I proud of it? No, but I’m proud that I showed everyone I could go 12 rounds,” said Lopez, who added that Nakatani had the most “annoying” style he has ever faced. His face was visibly bruised and marked up, which he said came mostly from clashes of heads, but Nakatani did land his share of right hands.

Regardless, Lopez gave a tip of the cap to Nakatani, saying, “This guy was no pushover, 18-0 with 12 knockouts from Japan, ranked No. 3. I was No. 4. It was a world title eliminator. This is what it’s all about.”

“He has a lot to learn,” Arum said. “It’s the tallest guy he ever fought. It was tough adjusting to it. The guy was a dangerous puncher. It was a good performance. I wanted him, when he had the guy going, to put the pedal down.”

“The good thing that comes from this is that we know he can go 12 rounds. That’s always a question in my mind. Could he go 12 rounds, and the answer is yes,” Arum added.

For Lopez, who now embarks on the next stage of his career at the world-class level, it wasn’t quite the statement he wanted to make. But he wins, and now he moves forward.