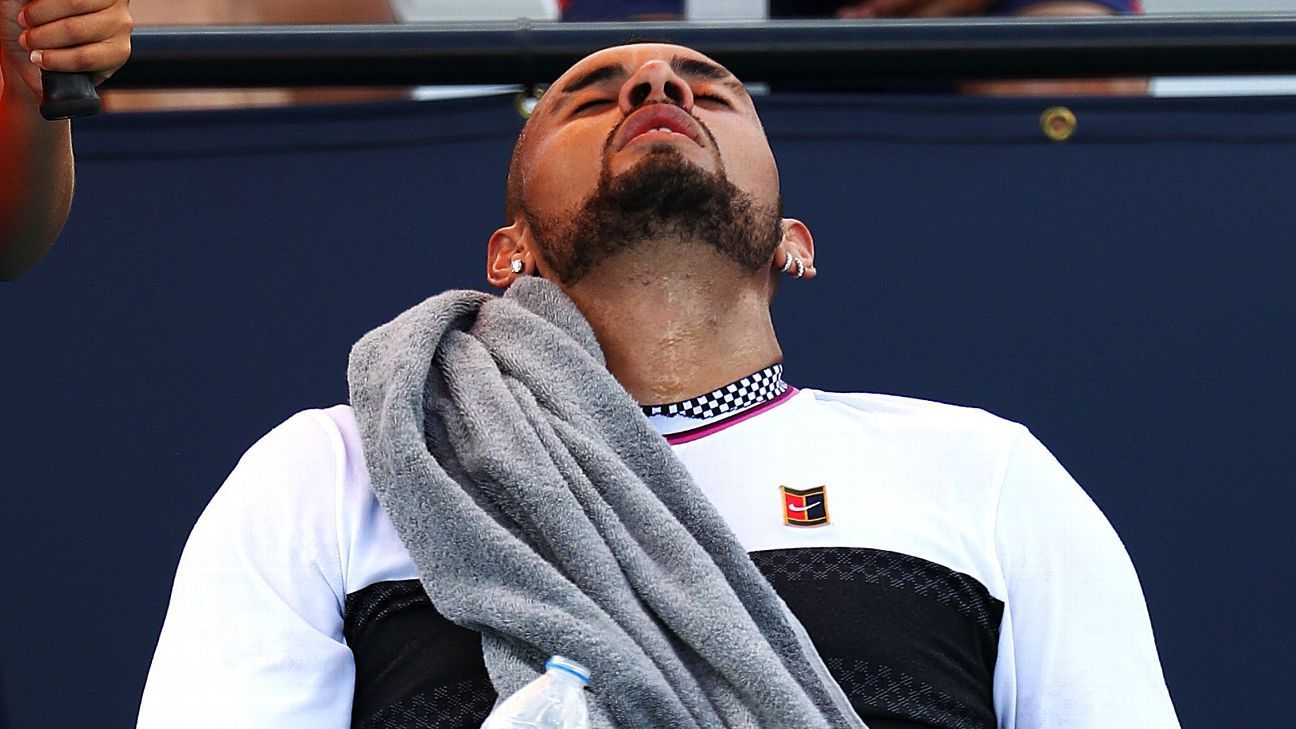 Nick Kyrgios was fined $113,000 by the ATP for his outburst Wednesday at the Western and Southern Open, when he swore at and berated the umpire and smashed a couple of rackets.

Kyrgios was fined for ball abuse, five unsportsmanlike conduct penalties, leaving the court, audible obscenity and verbal abuse during his loss to Karen Khachanov, the ATP said in a release Thursday.

In addition to the fines, the ATP said it is investigating to see if further action is warranted under the Player Major Offense guidelines. Violations could result in additional fines and even suspension.

A time violation handed down by chair umpire Fergus Murphy was the catalyst for the latest Kyrgios rant, with the Aussie loudly criticizing Murphy’s actions between games and between points.

Kyrgios requested a toilet break, which Murphy denied, but he left the court anyway, taking two rackets with him. He returned about 20 seconds later with two broken rackets, after smashing them in the corridor beneath the stands.

Back on court, he continued his verbal onslaught against Murphy in the final set, claiming that the umpire was unfair to him every time he officiates his matches.

“Worst f—ing ref ever,” he shouted after returning. “The worst ref in the game. … The worst. Hands down.”

Kyrgios is a 24-year-old Australian who is ranked 27th this week. He is a volatile sort who repeatedly has gotten in trouble for on-court actions, including getting kicked out of the Italian Open in May after throwing a chair and being suspended by the ATP in 2016 for not trying to win and insulting fans during the Shanghai Masters.

Earlier this month, Kyrgios won the Citi Open title in Washington and said he had turned a page in his professional and personal lives. Entering the Cincinnati tournament, Kyrgios had career earnings of $7,773,193.