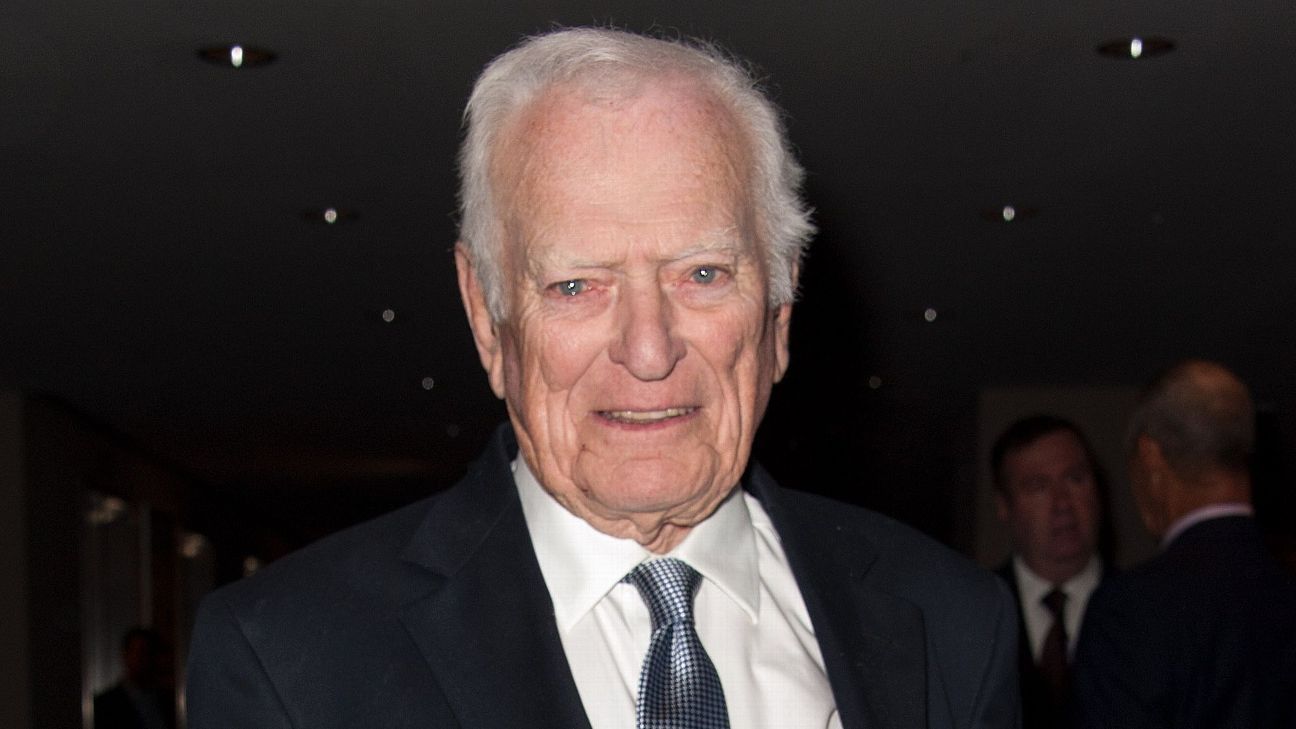 The network said Whitaker died of natural causes in his sleep in Devon, Pennsylvania. He was 95.

Whitaker, a Philadelphia native who was wounded on Omaha Beach three days after the D-Day Invasion, began his broadcast career at WCAU-TV in Philadelphia and spent 22 years for CBS Sports. He worked for ABC from 1982 in the news and sports divisions, and was part of the network’s Olympics coverage in 1984 and 1988.

“Jack Whitaker was one of broadcasting’s most respected, elegant and knowledgeable commentators whose legendary career spanned a half century and so many significant events. His reporting skills and poignant essays graced productions of the Olympics, ABC’s Wide World of Sports and ABC News and he helped shape so much of the sports coverage that fans are accustomed to today. Our condolences to his wife, Patricia, and the Whitaker family,” ESPN said in a statement.

Whitaker had been the only living play-by-play announcer from the first 21 Super Bowls.

“I grew up watching him deliver contemplative and contextual prose with his famous short essays, bringing class and dignity to his industry,” Jim Nantz, the lead CBS Sports announcer, said in a statement. “I spoke to him this week after hospice came to his home, and his mind was still brilliantly sharp right to the end.”

“His unique perspective on sports ranging from horse racing to golf to NFL football was extraordinary,” McManus said.

Thaddeus Moss gives dad Randy the win his family has been waiting for
Saracens relegation threat intensifies
Harris backs Maharaj to rise to the occasion if Port Elizabeth spins
Tigers agree to deal with right-hander Nova
The Wysh List: Five essential traits of an NHL pest