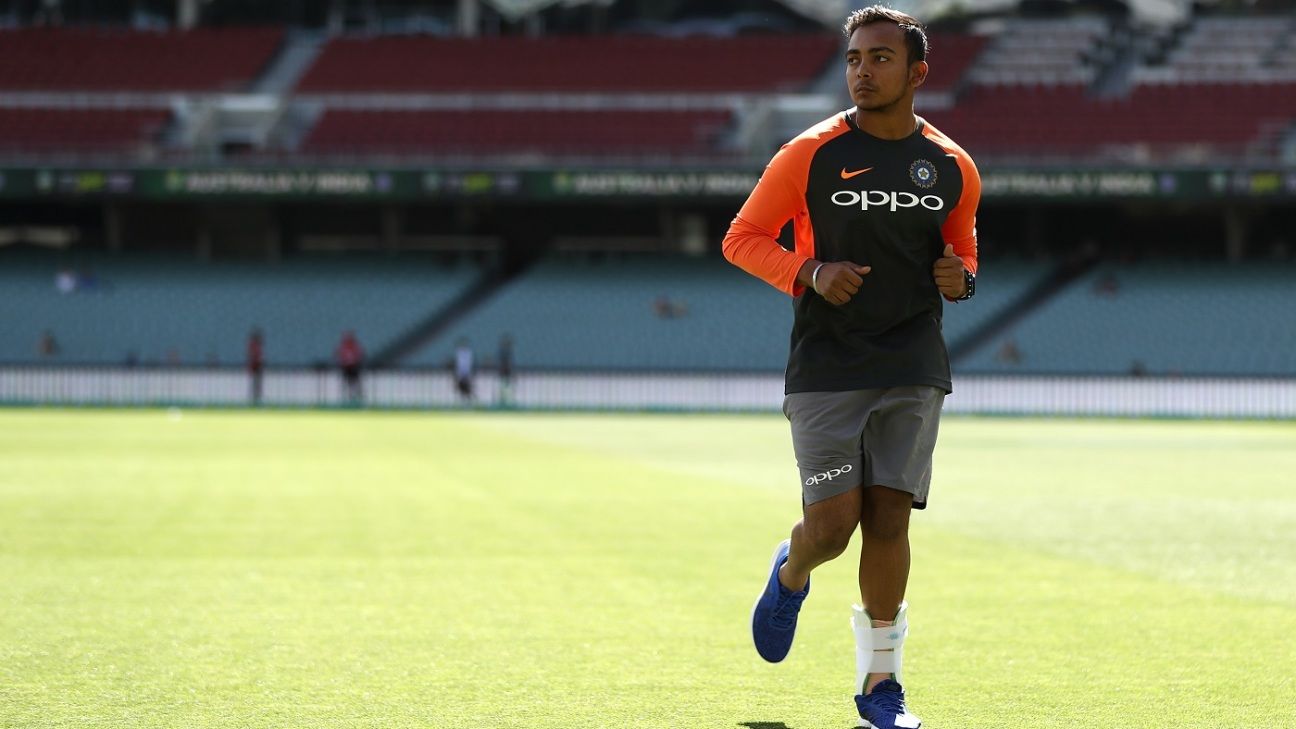 Opener Prithvi Shaw, who was in doubt for the New Zealand tour after hurting his shoulder in the Ranji Trophy, has now recovered and is set to join the India A squad there. The 20-year old underwent rehab at the National Cricket Academy (NCA) in Bengaluru, after injuring his shoulder against Karnataka earlier this month, and has also resumed batting in the nets.

My favourite sound. The sound when the ball hits the middle of my bat. Superb net sessions going on. pic.twitter.com/Iw8bUJXE4N

Shaw could also be in contention for the senior team’s Test tour of New Zealand, which follows the A tour. India A’s campaign will begin with a three-match one-day series followed by two four-dayers. Eleven days after India A finish their tour, the senior side will play the first of two Tests against New Zealand on February 21 at the Basin Reserve in Wellington.

This was the second time that a freak injury had disrupted Shaw’s career. In the lead-up to India’s Test tour of Australia in 2018, Shaw tripped on his ankle in the field, and was sidelined from the entire series. Shaw had gone to Australia brimming with confidence after a century on Test debut against West Indies. So far, he has just added one Test to his debut.

Shaw had also suffered another setback in 2019, when he was suspended for a doping violation. He, however, returned to action in the 20-over Syed Mushtaq Ali Trophy, and hit form for Mumbai.

More recently, allrounder Hardik Pandya had been pulled out of the India A squad as his rehab was “taking longer than expected” and Vijay Shankar replaced him in the squad. Shaw will join Vijay in the A side in New Zealand as both players will look to make their cases for recalls into the senior team.