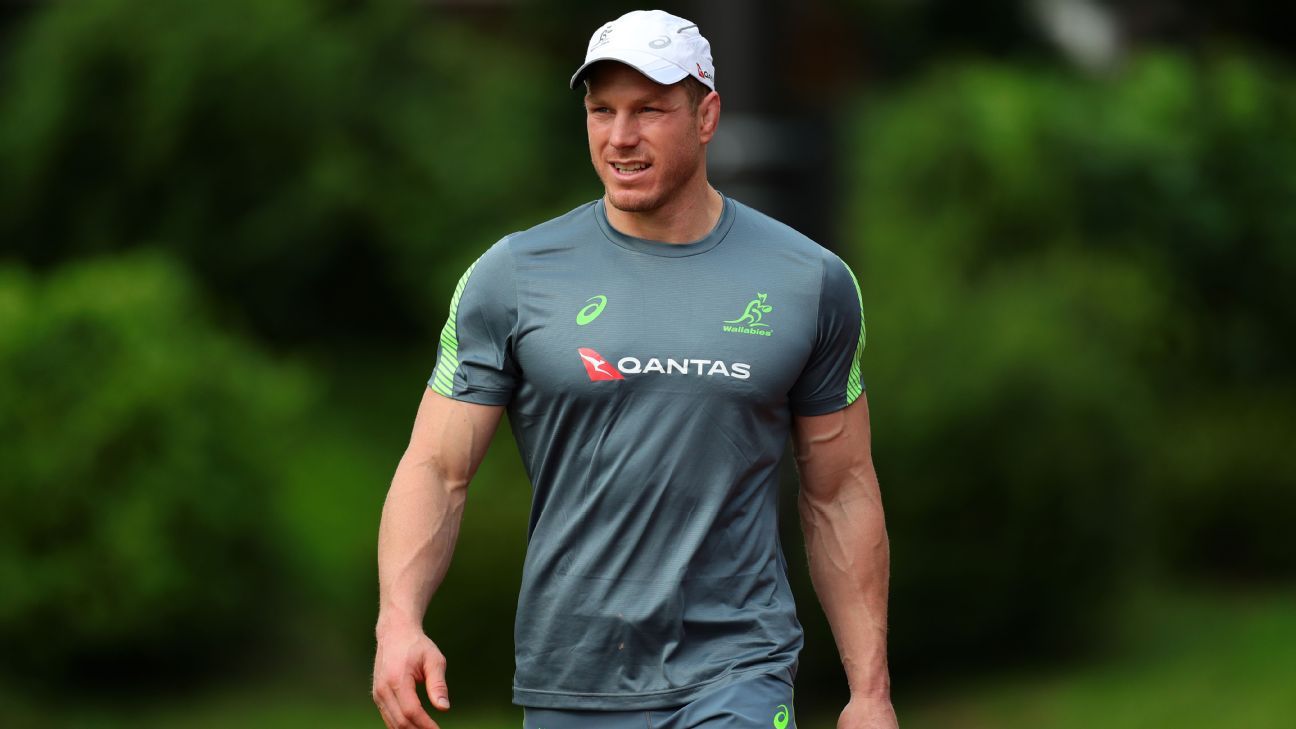 TOKYO, Japan — The Wallabies made a solid start to the Rugby World Cup four years ago and Michael Cheika and his fellow selectors’ decisions have ensured they are best placed to repeat that performance against Fiji on Saturday.

The location and conditions may be significantly different but the opposition from that corresponding fixture four years ago remains the same with a far better prepared Fiji set to pose a bigger threat in Sapporo to what they did in Cardiff in 2015.

The 2019 World Cup will be only 18 hours old when Australia and Fiji take to the Sapporo Dome in the second game of the tournament, a match that heralds the start of one of the best days’ rugby the tournament will have seen in its previous eight editions.

With the Pool B match between France and Argentina to follow in Tokyo and then the absolute blockbuster that is the All Blacks’ clash with South Africa thereafter, this is one day of rugby the fans will never forget.

It will be certainly unforgettable for any Wallabies supporters, should they slip to a defeat to Fiji and likely leave themselves needing to beat Wales on Sunday week to advance to the knockout stage.

But even against this improved Fijian outfit, who coach John McKee has done a fine job developing over the past four years, Australia showed against New Zealand in Perth that when they play with confidence and physicality, and execute with the skill to match, they are capable of beating anybody.

And when you add the dynamic David Pocock into the mix as well, the Wallabies gain that extra little bit of experience and a player who remains as good over the ball as any on the planet.

“I think with the first game of the World Cup we just went with a bit of experience for this one,” Cheika said in helping to explain Pocock’s selection.

Pocock was always going to be vital to Australia’s chances at this World Cup and thus the Wallabies’ medical staff, so too those at the Brumbies and the entire club itself, deserve praise for the conclusion that was drawn on his return to action this season.

It must have been incredibly difficult for Pocock to give up on the Brumbies’ season midway through the year knowing it was to be his last, and instead focus all his energies on being fit for the World Cup. Such a decision likely annoyed Canberrans, but it is the entire Australian rugby community who can now marvel at the 30-year-old’s breakdown deeds on the game’s ultimate stage.

Earlier this week former Wales captain Sam Warburton was quoted as saying that he rated Pocock a better player over the ball than All Blacks great Richie McCaw. That is some call, but given Warburton’s stocks as a breakdown specialist himself, and captain of two British & Irish Lions tours, such comments carry serious weight and only reinforces Pocock’s credentials.

And Pocock’s performances at World Cups have been some of his best. His efforts in the 2011 quarterfinal against the Springboks almost singlehandedly won the Wallabies that game while he combined brilliantly with Hooper and Scott Fardy at the 2015 tournament.

There will be times during this World Cup when Cheika will need to consider restoring Salakaia-Loto to the back-row, certainly against Wales on Sunday week, and that may force the coach and his fellow selectors into a difficult decision about whom is demoted to the bench.

But Pocock’s selection in this team is certainly the right move, particularly given the Fijians aren’t the owners of one of world rugby’s more dominant lineouts.

“We obviously want to be consistent there,” Cheika said of the lineout.

“Our goal is to have a team that can interchange quite easily and not have to be dependent on any one player to achieve a certain thing.

“It’s a different look to some other teams where we’ve got multiple options.

“Might be a little different, there’s obviously a difference between Lukhan and David for example, but they will achieve the same outcomes for us in how we play the game and bring their own special skill set to the game itself.”

Pocock’s “special” skill set is a breakdown presence few others can match and his ability to conduct a rolling maul from a lineout drive; if his pass to Adam Coleman for the opening try against Samoa was any guide, his catch-and-pass skills are crisp despite the long layoff, too.

He is poised to have a huge impact on Saturday’s game, a match the Wallabies will want to play at pace, but not let dissolve into an unstructured contest in which the Fijians thrive.

That game in Cardiff four years ago was the start of a special journey for Australia even though it ended in heartache in the final. Few people are giving them a chance of repeating that effort and even less think they are going one better, but that can all change across these first two games.

And Cheika has at least selected the right squad to face Fiji in the first of these two big World Cup encounters.

All-Star Game likely to again feature target score
Mercedes fastest … but don’t write off F1 2020 just yet
In a sea of Astros criticism, some lines should never be crossed
England tour ‘a great dress rehearsal’ for reception in South Africa – Justin Langer
Breaking down Wilder-Fury II, and what’s next for the heavyweight division