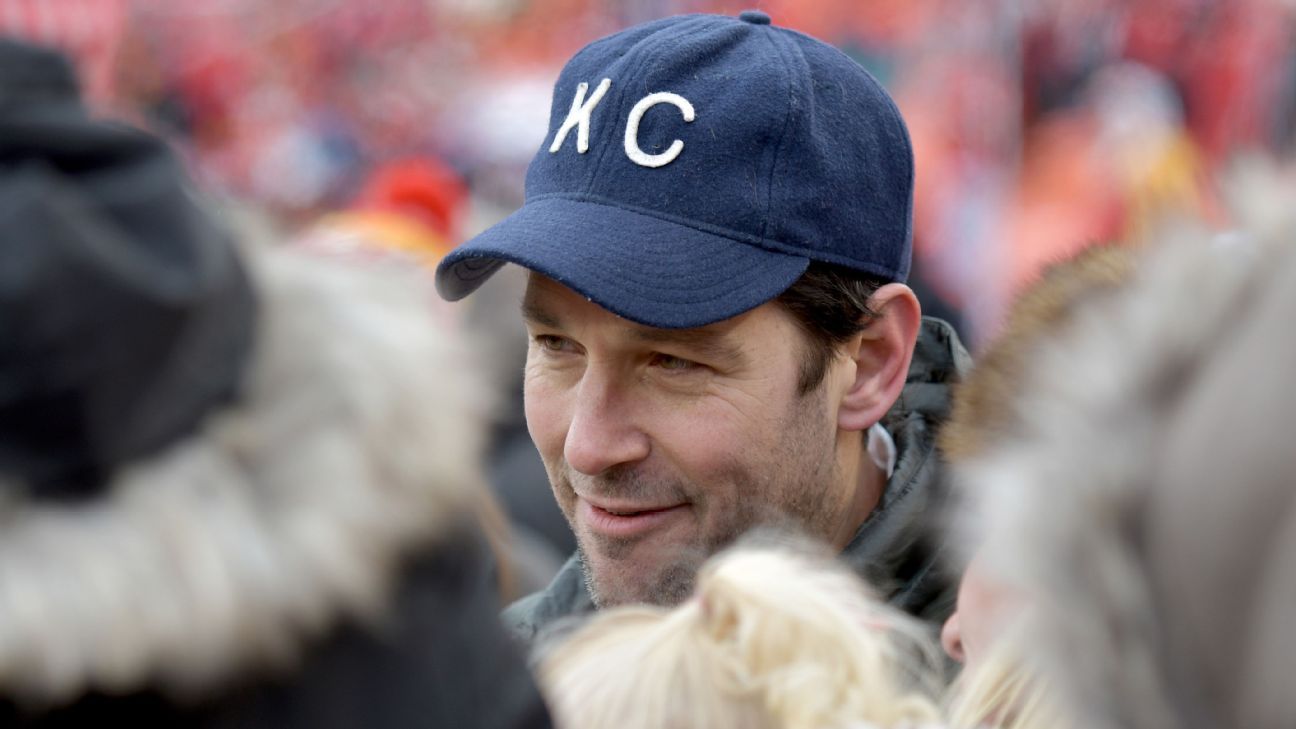 With a trip to Super Bowl LIV on the line, all the big-name fans are coming out for their teams.

In Kansas City, native Kansan Paul Rudd — Ant-Man, “Anchorman’s” Brian Fantana — will be an honorary captain for the Chiefs. He was joined by another Kansas native, “Modern Family’s” Eric Stonestreet.

Everyone … Paul Rudd has a message 😅🔊

The Green Bay Packers are in San Francisco to face the 49ers but got a shout-out from Lil Wayne.

In a sea of Astros criticism, some lines should never be crossed
Tszyu opens as heavy favourite to defeat Horn
The Phillie Phanatic has gotten a spring training makeover
You’ve heard of rope-a-dope? How about blast-a-bomber?
Blues acquire defenseman Scandella from Habs