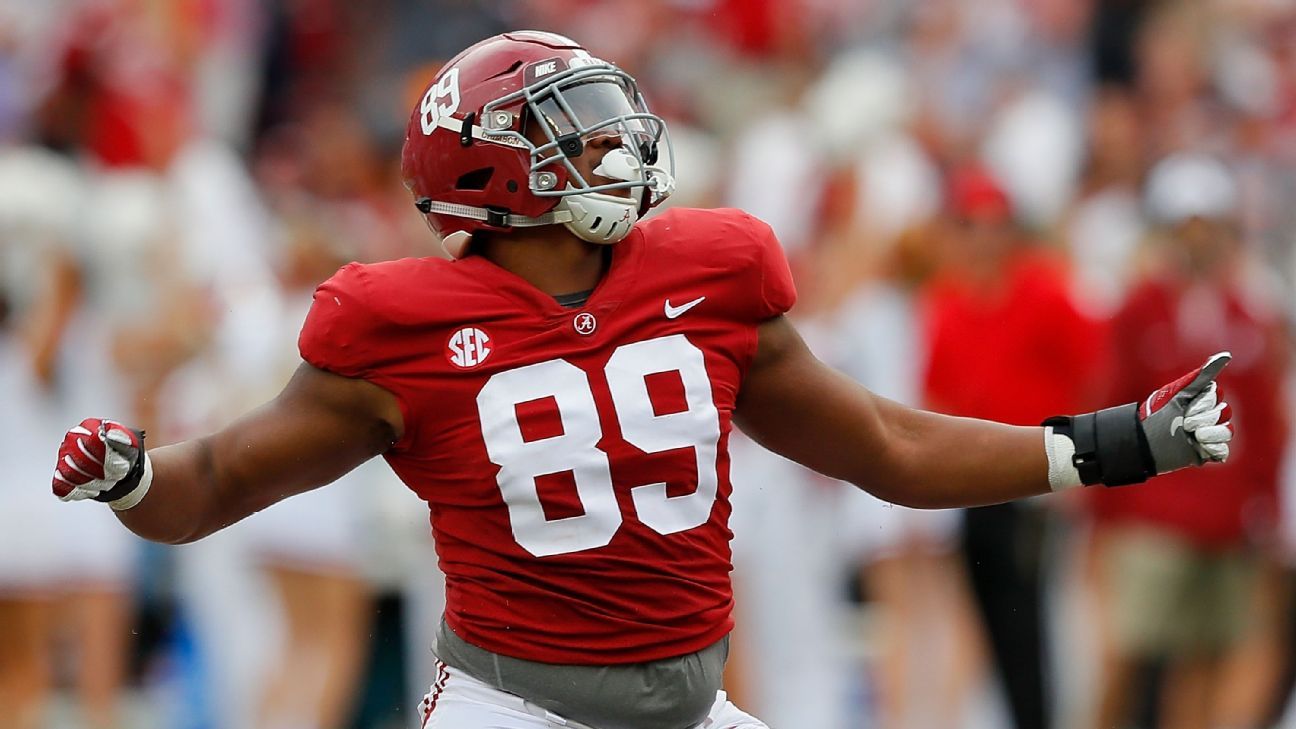 Alabama defensive lineman LaBryan Ray will miss at least the next six weeks while recovering from surgery on his foot, coach Nick Saban announced Wednesday.

Ray, a preseason All-SEC selection, injured his foot during last Saturday’s win at South Carolina. Saban said the timetable for his returns depends on how he responds to treatment and rehab.

“I’m not saying he’s going to be back playing in six weeks,” Saban said. “I’m just saying I know he’ll be six weeks before he can even start back to doing things. We’ll just have to see how he responds.”

Alabama is also without freshman defensive lineman Antonio Alfano. The former No. 1 defensive tackle in the 2019 class, according to ESPN, has not been practicing with the Tide.

He was not in the transfer portal as of Wednesday afternoon.

“The guy basically quit,” Saban said. “He quit going to class. He quit coming here. We tried to encourage him. We tried to help him. We tried to set up counseling sessions for him to help him any way we could. And all those things are still available to him if he wants them. But he didn’t respond to any of the things. So until he responds you have to assume he quit.”

Wilder at heart: The tallest tales about the heavyweight champ
Rybakina sets up Dubai final with top seed Halep
Newman out of hospital; no timetable to race
Luke Ronchi and Amad Butt turn it on for Islamabad United
Flaherty named Cardinals’ opening day starter