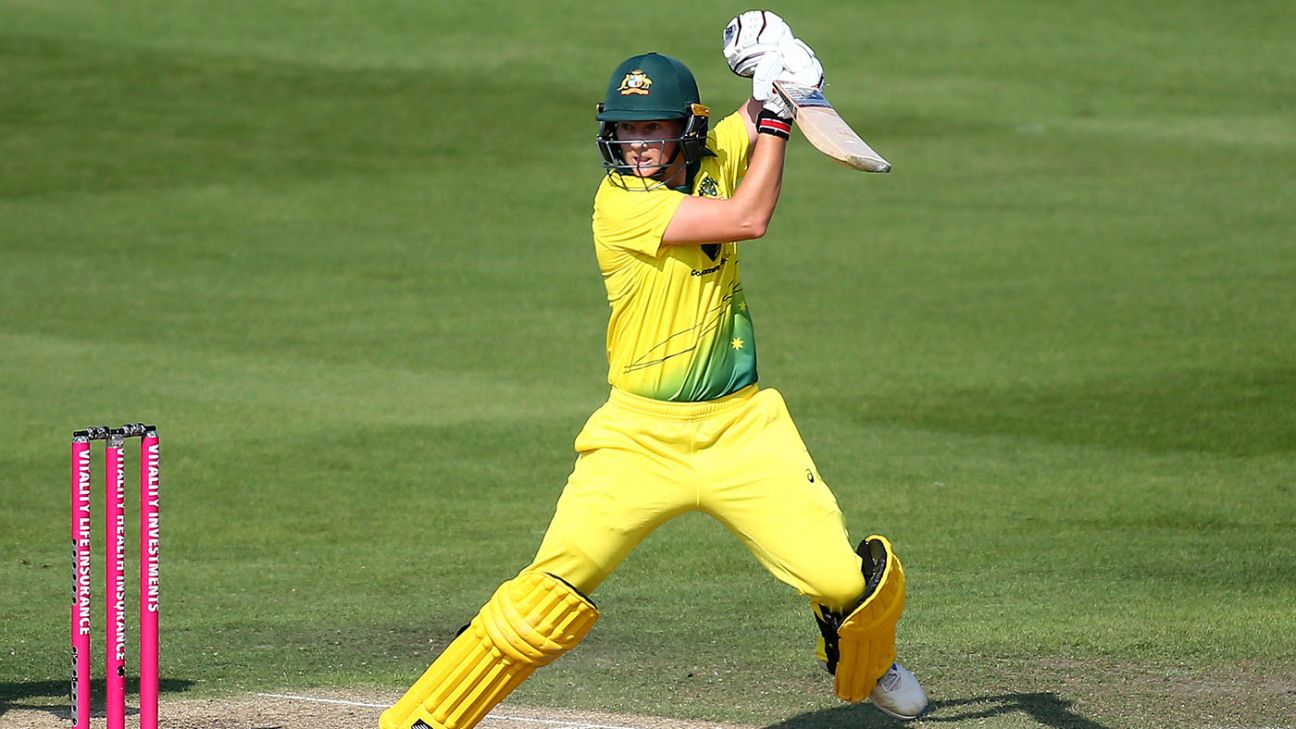 Australia women are likely to experiment with their batting order in the T20Is against Sri Lanka later this month as they further fine-tune planning ahead of defending the T20 World Cup title next year.

Having completed a comprehensive 3-0 victory over West Indies in Barbados, they have now won 19 of their last 21 T20Is dating back to March 2018.

They were not given much of a challenge by a depleted West Indies side, securing back-to-back nine-wicket wins following a six-wicket victory to start the series.

Alyssa Healy was the leading run-scorer in the series and is locked in at the top of the order, but coach Matthew Mott said there were still various combinations to be tried ahead of the T20 World Cup which starts at the end of February although did not see them moving much outside this group of players.

Beth Mooney made 4 and 8 in the first two T20s before finishing with an unbeaten 24 while Ellyse Perry came in at No. 3 ahead of captain Meg Lanning to knock off the target in the final outing.

Australia play Sri Lanka in three matches in Sydney, starting at the end of September, and then have a tri-series with England and India ahead of the World Cup.

“Our batting has been really good, thought we got better with each game, Mott said. “Our first chase wasn’t our best but the last two we did it in style. But we’ve still got some tinkering to do, think we’ll tinker a bit in the T20s against Sri Lanka with that batting order and get the right formula leading into the World Cup.

“I think [the squad] will be pretty close to what we’ve got here. The only changes will be in batting orders. We’ve got a strong nucleus of players who we have earmarked to take a lead into the World Cup. Back home there’s a WNCL round which is a good opportunity for the players to put their hand up and show what they can do, but pretty sure we’ll be close to this 14.”

Mott was impressed with the performance of legspinner Georgia Wareham in the final T20I against West Indies as she claimed 3 for 14 and was also pleased with the point-of-difference provided by pace bowler Tayla Vlaeminck even though she was wicketless.

“We are really happy with the way the bowling until is going, there has been some great changes there, even seeing Megan Schutt trying some new things – coming round the wicket to the left-handers – and thought Georgia Wareham bowled incredibly well and spun the ball, so that’s good for her confidence.

“[Tayla’s] bounce is really potent, fires the team up each time she comes in. You can see the batters are getting hurried up so even if she’s not taking wickets she’s changing the way the batters are moving their feet, putting pressure on at the other end.”

The T20I series against Sri Lanka starts on September 29 at North Sydney Oval with all three matches played at that venue before three ODIs take place in Brisbane from October 5.