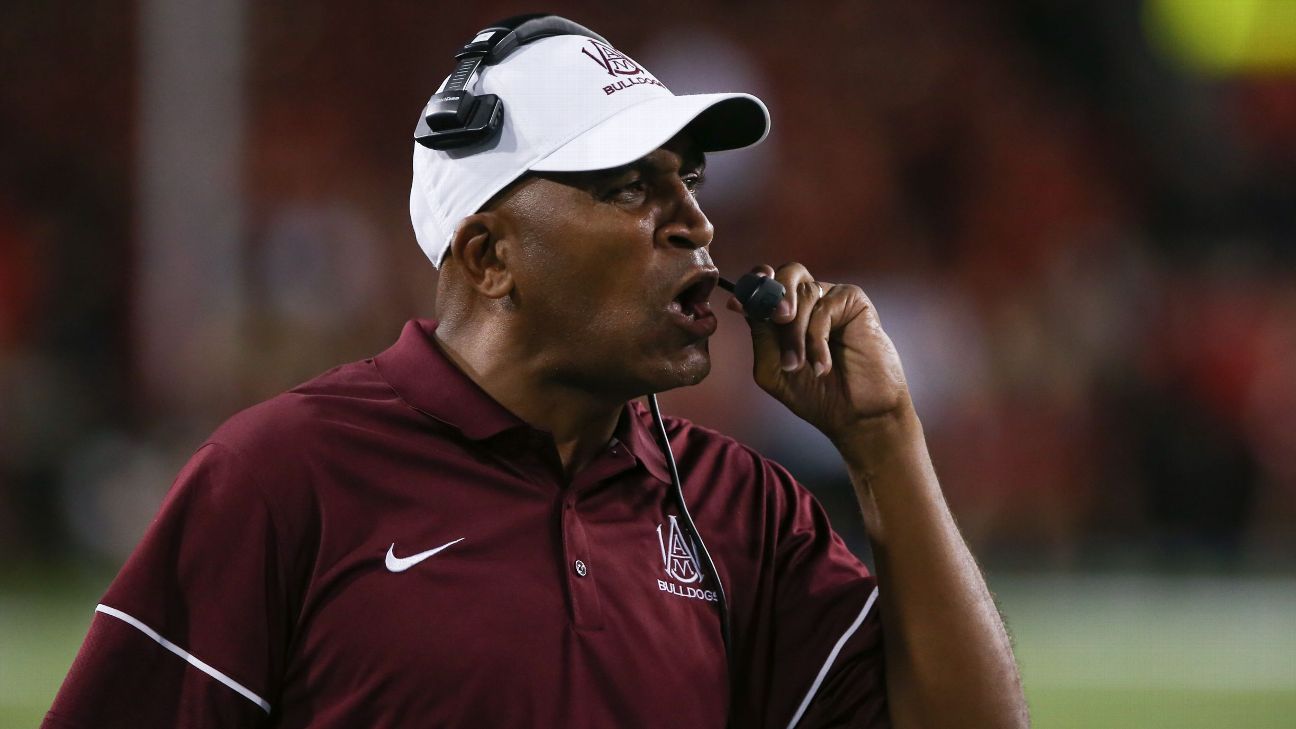 HUNTSVILLE, Ala. — Following Alabama A&M coach Connell Maynor’s declaration that his team would never play North Alabama again while he’s the coach, the schools released a joint statement Wednesday saying they had been in communication since Monday to decide “what, if any, next steps are necessary.”

“Both institutions are committed to providing a safe, accommodating, friendly, and inclusive environment,” the statement said.

Maynor, coach of the historically black university’s team since 2018, said the Bulldogs were treated unprofessionally during Saturday’s game at North Alabama.

“This is 2019, not ’59,” Maynor said in his Monday news conference, according to a report by The Times Daily of Florence. The news conference was streamed on Facebook Live, but the video has since been taken down.

One issue Maynor cited was regarding a police officer who the coach said put “his hand on his gun” during an argument between a coach and security.

Florence Police Chief Ron Tyler said one officer witnessed an incident between a security guard and an Alabama A&M coach. He said none of the supervisors working at the game was aware of any confrontation.

The matchup was the final meeting of a two-game deal between the universities, which are located 76 miles apart.

Maynor also said Alabama A&M didn’t receive complimentary tickets or tickets to sell to its fans, and that his assistants were forced to wait so fans could use the elevator right before kickoff.

A copy of the contract between the schools, obtained Wednesday by The Associated Press, didn’t include any promises of tickets.