Here is a guide to treating acne and skin damage

Atrophic, which are mostly shallow

Ice pick-shaped, which are narrow and deeper.

Exposing scars to the sun can cause them to darken and slow the healing process, says Alster. How? Ultraviolet rays stimulate melanocytes (pigment-producing cells), leading to further discoloration. Your safest bet: Before heading outdoors, slather on a broad-spectrum sunscreen with an SPF of 30 or higher that contains the ingredient zinc oxide. Reapply after swimming, sweating, or after more than 2 hours in the sun. Also, limit your time in the sun, especially between the hours of 10 a.m. and 2 p.m., and wearing protective clothing, such as a long-sleeved shirt, pants, and a wide-brimmed hat, are also recommended. 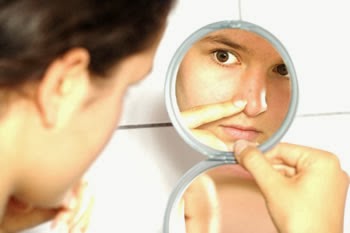 Scars, which are made mainly of collagen (a protein fiber normally found in the skin’s second layer), are the body’s way of repairing itself. Acne scars are typically indented because of collagen loss from intense inflammation, says Alster. Picking leads to further inflammation and injury of the skin, which adds to the skin’s discoloration and scarring. Squeezing or trying to pop a pimple causes pus and bacteria to filter deeper into the skin, resulting in more collagen damage, notes Ron Moy, MD, professor of dermatology at UCLA.

You may have heard that applying topical vitamin E to a scar will help it heal faster. But according to a study from researchers at the University of Miami, applying the nutrient directly onto a scar can actually hinder its healing. In the study, vitamin E had no effect (or made matters worse) for 90% of the patients, and 33% who used topical vitamin E developed a contact dermatitis.