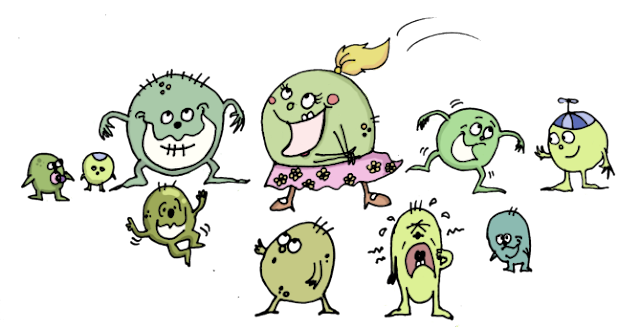 Certain Strains Of Acne Bacteria May Actually Protect The Skin
The bacteria that cause acne live on everyone’s skin, yet one in five people is lucky enough to develop only an occasional pimple over a lifetime. What’s the secret?
The results of a study published in the Feb. issue of the Journal of Investigative Dermatologyindicates that a strain of Propionibacterium acnes may contain properties that protect the skin from harmful bacteria.
Investigators from the David Geffen School of Medicine at University of California, Los Angeles, examined P. acnes bacteria from 49 patients with acne and 51 subjects with clear skin. After extracting microbial DNA, researchers followed a genetic marker to identify bacterial strains and assess whether the patient suffered from acne.
After UCLA researchers isolated more than 1,000 strains of bacteria, scientists with Washington University sequenced genomes of 66 P. acnes strains to enable researchers to then target genes unique to each strain.
Two unique strains were found in one out of five patients with acne, but these strains were rare in subjects with clear skin, researchers noted. A third strain of P. acnes was common in healthy skin, but was rarely found in those patients who had acne.
“We suspect that this strain contains a natural defense mechanism that enables it to recognize attackers and destroy them before they infect the bacterial cell,” said Huiying Li, Ph.D., assistant professor of molecular and medical pharmacology at UCLA.
Investigators plan to next explore whether a probiotic cream could block “bad” bacteria from invading the skin and help to prevent acne breakouts.
Acne affects a majority of population at some point in their lives, yet scientists know little about what causes the disorder and have made limited progress in developing new strategies for treating it. Dermatologists’ arsenal of anti-acne tools — benzoyl peroxide, antibiotics and Accutane (isotretinoin) — hasn’t expanded in decades. Most severe cases of acne don’t respond to antibiotics, and Accutane can produce serious side effects we are in a dire need of a new treatment option for acne in derma circles.